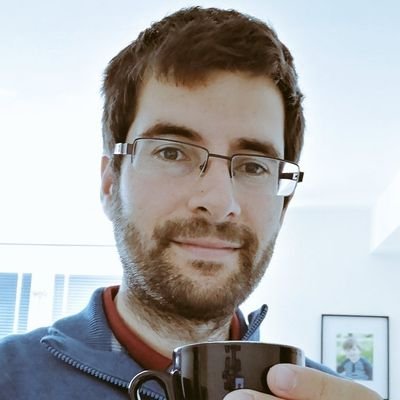 This artifact contains an implementation of data-flow futures in terms of control-flow futures, in the Scala language. In the implementation, we show microbenchmarks that solve the three identified problems in the paper:

This artifact can be seen as an extension to Section 5.2. Notes on Implementing Godot. However, it is out of the scope of the artifact to modify the Scala compiler to perform implicit delegation (Section 5.1 Avoiding Future Nesting through Implicit Delegation), which allows asynchronous tail-recursive calls to run in constant space. This can be solved by either using an advanced macro system or updating the Scala compiler (Section 5.2. Notes on Implementing Godot).

This artifact shows an implementation of the formal semantics of the paper using the well-established programming language Scala. The reader can:

All of these points are outline in the next section.

(The latest version of the paper can be found here)

NOTE. We recommend that the reader looks at the HTML version of the README file, since it is better formatted and the links point to PDF sections, automatically. One can find the HTML version in the downloaded artifact, inside the zip file. If the reader prefers to read a PDF file, it is still better to download the artifact and read the instructions included there. It is the same content, but the PDF links will open up the submitted version of the paper.

This artifact shows how one can encode data-flow futures using control-flow futures, in the Scala language. There are some implementation details that we cannot encode directly. These are mentioned in the paper (Section 5.2 Notes on Implementing Godot) and explained in this document (Section Restrictions).

The folder structure of this artifact is as follows:

The instructions are in the README.html and README.pdf. The assets folder contains assets for the HTML version and the submitted paper. If you are reading the HTML version, the links to the paper direct you to the appropriate page. If you are using the PDF version, the links only point to the paper. The implementation can be found under the project folder named godot.

The library is written in the Scala programming language and has the following dependencies:

Below you can find information on how to install these dependencies in OSX, Linux and Windows.

If you have brew installed, just type the following command, which installs all dependencies:

If you do not have brew installed and you would rather perform a manual installation process, please follow the documentation from the official website.

Install Java 8 (JDK) from the command line as follows:

If you have troubles installing any of the dependencies, I recommend to follow the installation instructions from this YouTube video.

Visit the official website, click on the radio button Accept License Agreement, and download the executable file for Windows x64, as shown in the image below. Then install the executable. 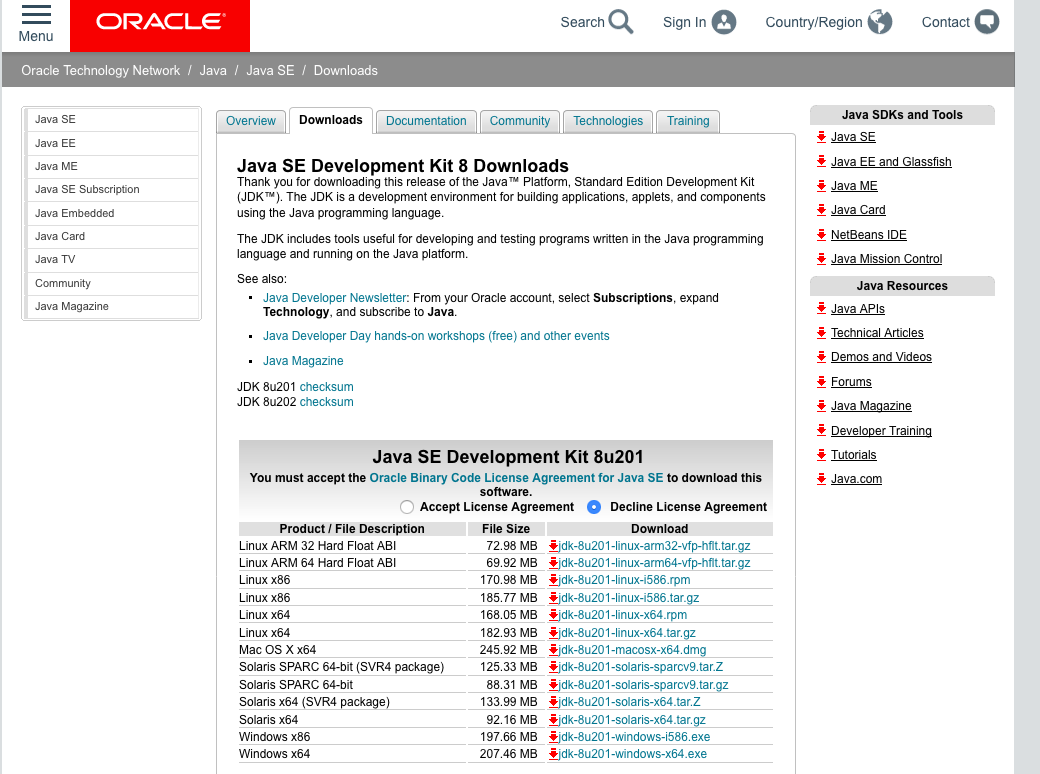 Install the sbt building tool by clicking in this link and installing the downloaded file sbt-1.2.8.msi.

If you have troubles installing Java 8 and Scala, I recommend to follow the steps from this YouTube video.

You can use your favorite virtualisation software. We have tested this VM using Virtual Box.

After importing the VM, start it and login to the VM with the following credentials: 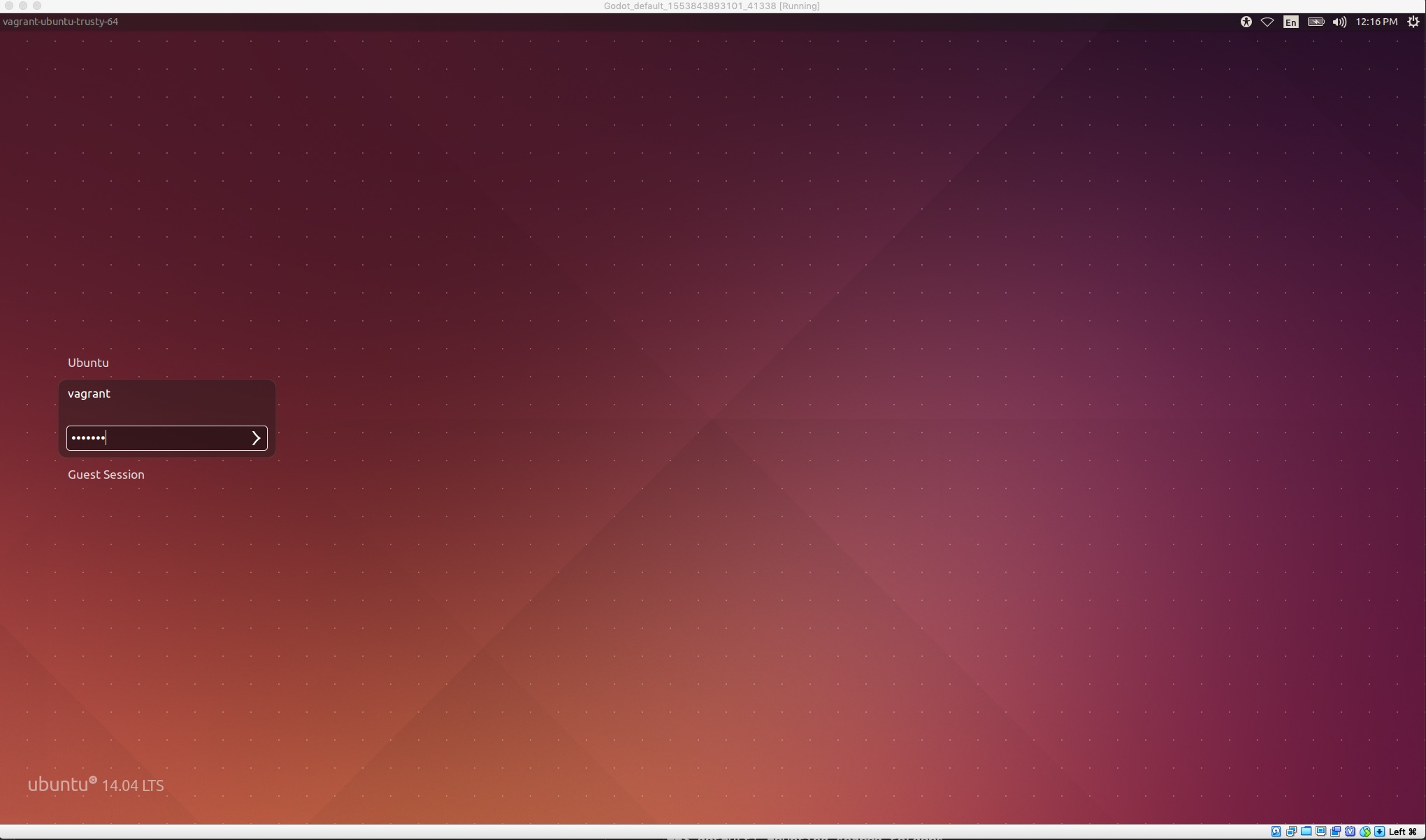 Upon login, a terminal will pop up and receive you under the godot project folder. 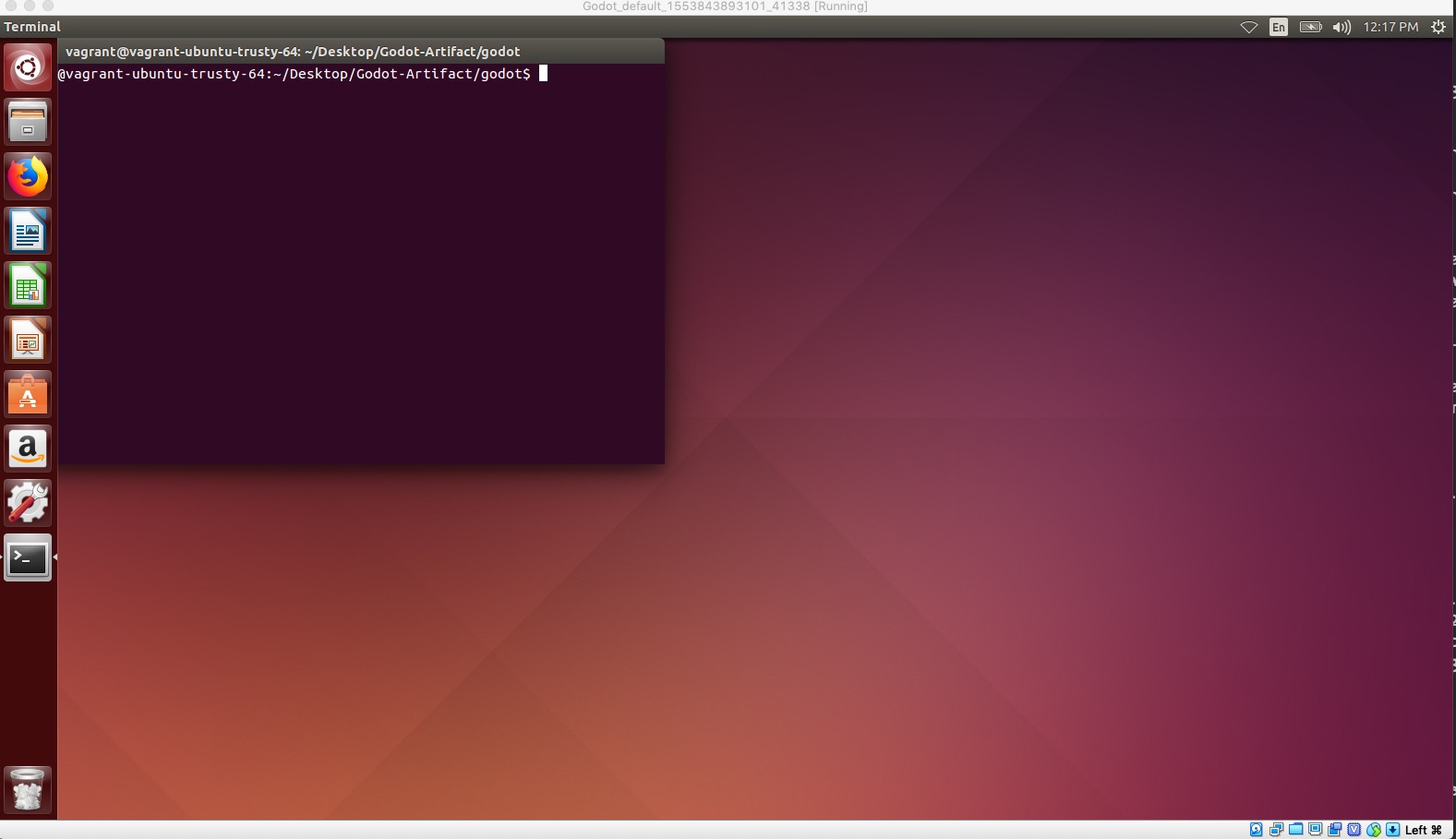 At this step, you should have Java 8, Scala and the sbt building tool installed. To install the project dependencies, run the following command from inside the godot folder:

After sbt has download all the dependencies, exit the sbt program by typing:^[Every time that you see the use of sbt <command>, where <command> is another instruction, it means that you need to exit sbt and type that from the terminal, not from inside the sbt program.]

After the dependencies have been installed, you will be able to look at some of the programs that we can write using data-flow explicit futures, and create your own programs from the Scala REPL.

This section contains the following information:

The library code can be found in the following folder:

The main contribution of the implementation is:

This implementation also shows that:

Data-flow futures have been implemented using a singleton object and trait, named Flow. This is a more object-oriented approach than the calculus from the paper, but it fits better in the Scala eco-system. We use case classes Value and Diamond to extend the Flow trait and to encode whether non-future values are lifted to data-flow futures or whether future values are lifted to flows, respectively. This encoding allows one to write the following code (which resembles programming with Futures in Scala):

One can also allow to stick to the functional notation from the paper, so that you can write your code as follows:

The pattern matching from the paper has been encoded using match in Scala, and closely follows the calculus except that we polymorphically dispatch to the appropriate case class.

The implicit lifting from the paper is encoded using implicit functions in Scala (functions liftToFlow). This implicit lifting, by construction, cannot create Flow[Flow[T]] types, which would be unsound. However, a developer can write a function that returns Flow[Flow[T]] and the implicit lifting will lift twice a value, creating a mismatch between the type and its runtime representation. This is also explained under the Type collapsing rule, Restrictions section.

Finally, there is one point where the implementation differs from the paper, which has to do with the R-FlowCompression [link to rule], which affects the encoding of the thenS combinator (named map in the implementation). This is due to not being able to handle implicit delegation (Section 5.1), discussed in Section 5.2 Notes on Implementing Godot. More concretely the deviation is reflected in flatMap construct inside the Diamond case class (the Value case class presents no issues). The main deviation is that if one tries to perform

where the flow is a Diamond(fut), then we perform a future chaining operation that flattens the returned Future (we perform a flatMap operation instead of a map operation). If the result of the function application returns a lifted, non-flow value, we lift it to a Diamond; if it is a lifted control-flow future, then we just return it.

The tests are located in:

To compile and run the tests type the following line from inside the folder godot:

The output should be similar to this:

There are a limited number of microbenchmarks:

Each microbenchmark section contains an short explanation and identifies which problems it solves.

There are two microbenchmarks, [factorial] and [fibonacci].

An asynchronous tail-recursive function for calculating the factorial of a number cannot be typed unless the developer introduces constructs that remove the nested of futures, such as the blocking (get) or awaiting (Await.ready) operations. Furthermore, the developer needs to explicit lift a value to a future, so that there is a uniform return type. For example, one can type the factorial function using Futures as follows.

There is a second alternative, which requires the explicit introduction of flatMap in each iteration, so that it can flatten the nested future into a single future.

With the usage of data-flow futures, the function can be written as follows:

The if branch automatically lifts the accumulator to a Flow[Int] and the else branch flattens immediately the possible nested Flow[Flow[Int]].

To test this program, follow the instructions from the Section [Test existing programs].

The Fibonacci code follows the same pattern and can be found in the same file as the factorial example.

This program is similar to the one explained in the paper, simulating the work of actors, using tasks instead. The Main class is the main entry point. It creates a load balancer and “sends” messages to it, returning immediately control-flow futures containing data-flow futures, i.e., Future[Flow[T]]. The outermost future denotes whether the load balancer has found an idle worker and successfully delegated the job; the innermost (data-flow) future denotes the result of run(job). To make things simple, we will just send jobs to idle workers, map on the (control-flow) futures to get to their inner (data-flow) futures and sum all their results, until we have a final single value.

The message (class Computation) is a ``costly’’ computation:

The load balancer passes the work to a worker thread and returns the handle to this work, a control-flow future (highlighted in light blue^[Not shown in the pdf version]).

With the use of data-flow futures, we tackle the The Type Proliferation Problem, as the data-flow futures hide their internal communication structure, and The Fulfilment Observation Problem, as it allows to observe the current stage of futures computations, when necessary (Section 4.4, Integrating Data-Flow and Control-Flow Futures and Delegation)

To test this program, follow the instructions from the Section [Test existing programs]. (This program reproduces these instructions when it is executed, so that the reader does not need to go back and forth between the documentation and the terminal.)

Data-flow futures defined the common map and flatMap operations. This allows developers to use the common for-comprehension notation. One simple example, taken from godot/examples/Miscellaneous.scala:

Use this example as inspiration for writing your own programs.

Start the REPL to write your own programs

There are two ways to play with the library:

inside the godot folder. Start typing:

and press the TAB button two times, so that it autocompletes the full-path to the examples library, which in my case is:

Then choose a file to load. In this case, lets play with the ProxyService.scala:

This will print something similar to:

Run the example by typing:

Write your own program

Now you need to import the libraries dependencies

From this point on, you can write your own programs, e.g.: